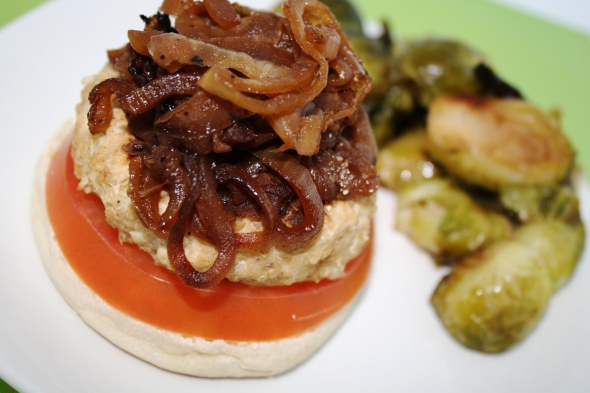 Sometimes, Jake tells me he feels like he’s going to sprout feathers.

Now, I’m no psychologist, but according to my in depth and certainly reliable internet research, I think he may have some sort of identity issue. Borderline personality disorder?  Quite possibly.

Either that, or it has something to do with the amount of poultry I feed him.

Anyway, since I’m a loving and caring fiance, I try to be sensitive to this feeling of his, and every once in a while I try to throw in some meals that don’t contain poultry.  Because if it does  happen to be the latter, and he does  happen to think that, perhaps, we eat a lot of chicken and turkey, I wouldn’t want to exasperate the situation any further.

And if it’s not?  Well… does anyone know a good shrink?

So in my quest to avoid coming home to Jake covered in feathers, I look for non-chicken-and-turkey-meals-that-still-contain-meat-but-don’t-totally-gross-me-out. (What can I say? We’re difficult.)

And then I see recipes like this one, from Rhubarb and Honey.  And I know that if I just make it, and Jake just tastes it, he will love it.  And all visions of feathers popping out of his skin will disappear, despite the fact that it contains turkey.

And you know what? I think I’m right.  Because after Jake tasted these delicious Southwestern Turkey Burgers with Red Onion Marmalade, I didn’t hear one mention of feathers.

As I mentioned, this recipe is from Rhubarb and Honey, and is actually my contribution to the July Secret Recipe Club.  I was thrilled to be introduced to a new-to-me blog, and especially to find this recipe.  I only slightly adapted it, using bulgur wheat instead of wheat germ, and eliminating the cheddar.  (Of course, you could easily add that back in!)

4. To make marmalade, saute onions in pan sprayed with cooking spray until translucent.  Add honey, balsamic vinegar, and red wine.  Simmer until liquid evaporates and onions are candied, then reduce until almost dry.

5. Place rolls, cut sides down, on grill rack; grill 1 minute or until toasted. Place 1 patty on bottom half of each roll; top each serving with onion marmalade, and top half of roll.

These burgers were great!  Often times, turkey burgers can get very dry, but the addition of the grated onion in the meat kept them pretty moist, and adding the delicious onion marmalade on top made any additional condiments unnecesary!

All in all, I’d say this month’s Secret Recipe Club was a success for me!  Check out the linky below to see the other contributions: 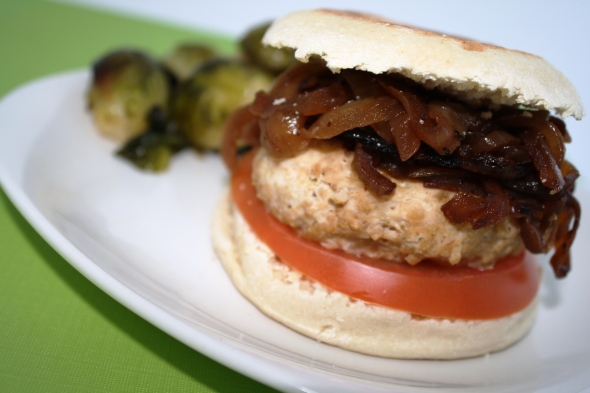